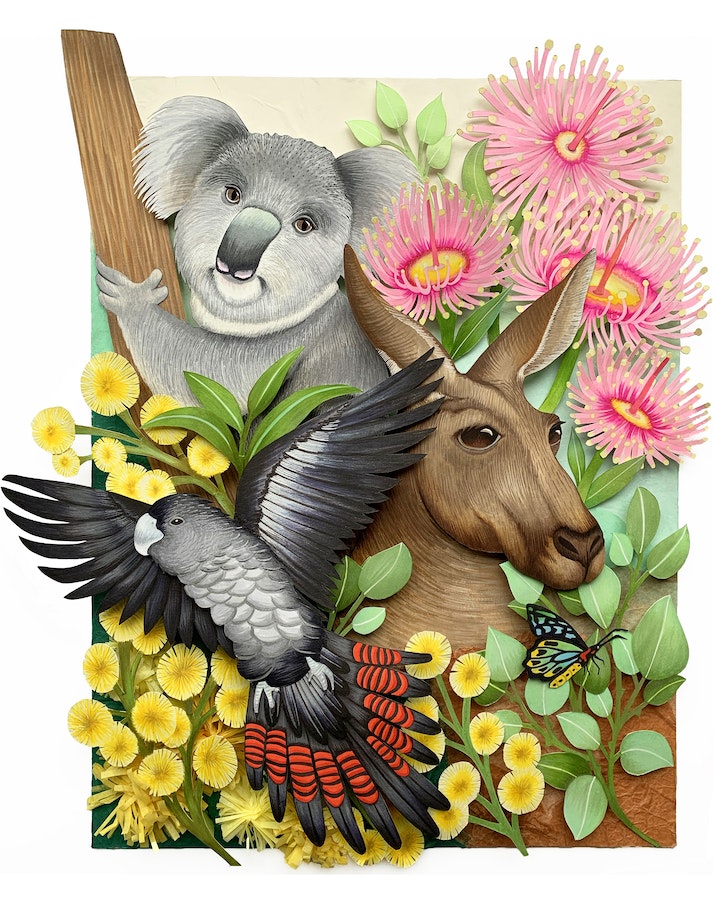 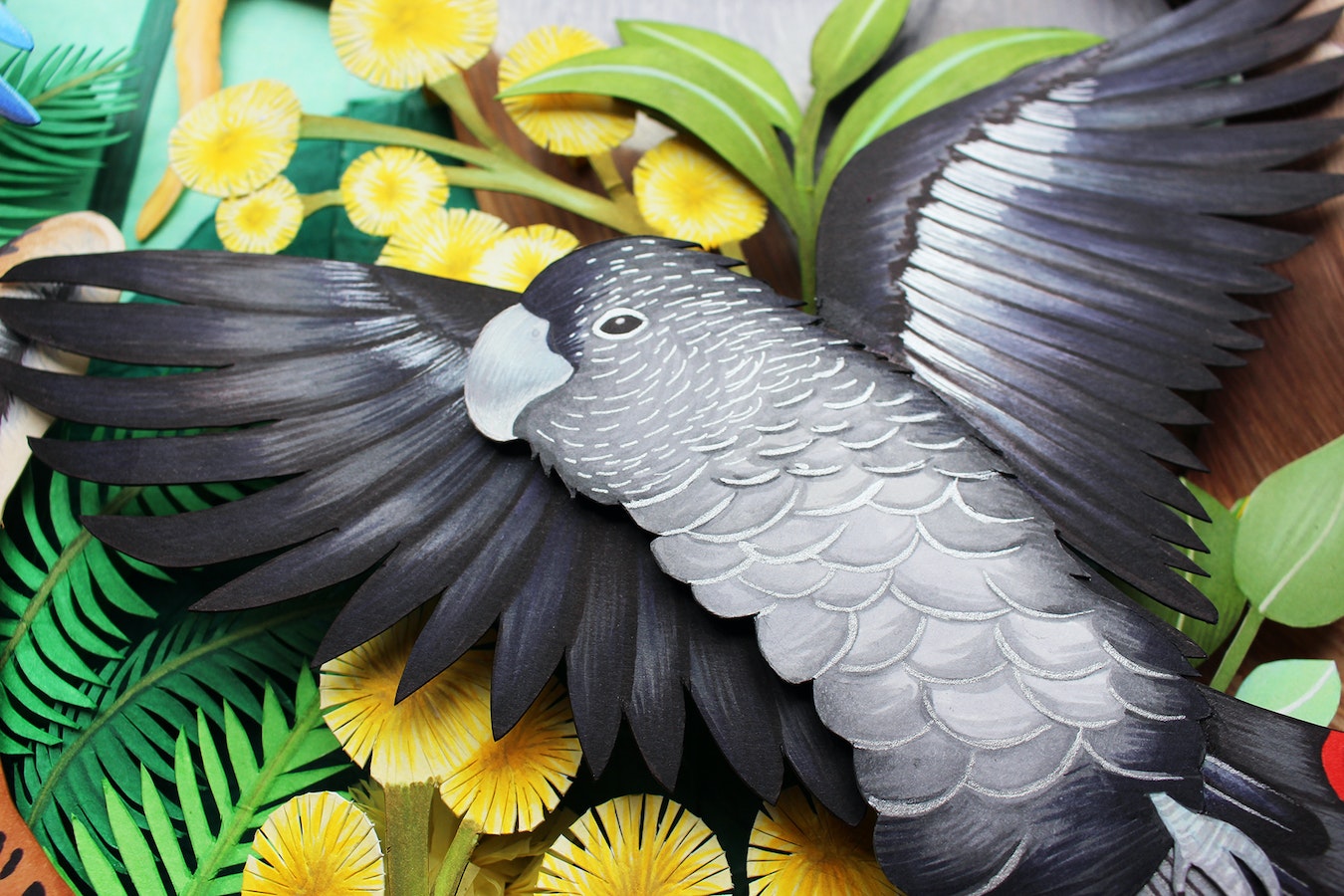 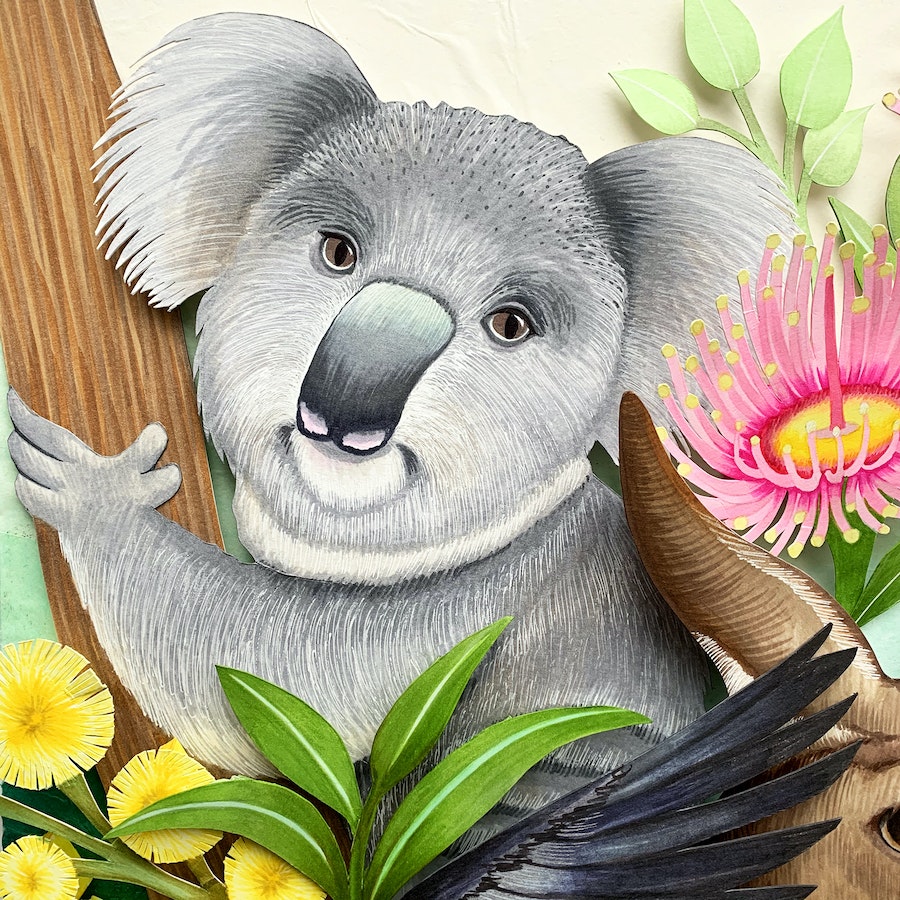 This panel of my mural titled "We Are One" is dedicated to Australia, and highlights several animals that have been affected by environmental disasters like the recent bushfires which have caused immense devastation to the habitats of many native animals, and contributed to a significant loss in life for species like the koala. The other animals represented on this panel are the kangaroo, the glossy black cockatoo, and a species of butterfly called the Richmond birdwing. The two flowers that are included are also significant to Australia; the pink flowering gum is native to the region, and the golden wattle is Australia's national flower.

Click "Next" at the top right of the image for detail photos.